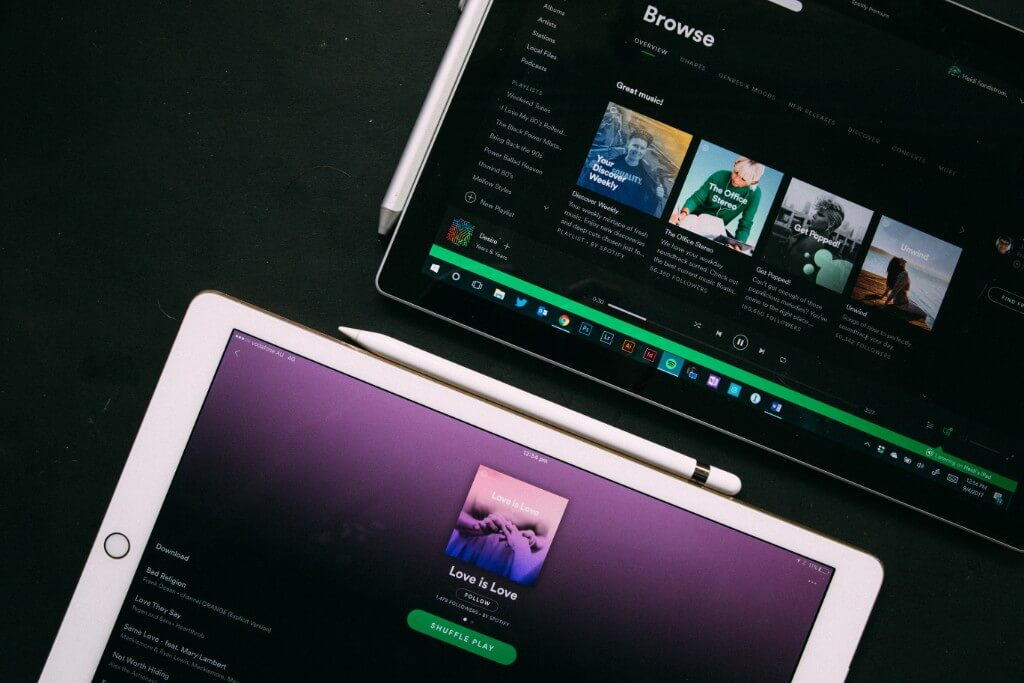 Spotify Algorithmic Playlists: What are they?

Music streaming platform Spotify boasts 286 million monthly active users as of 2020, claiming 36% of the global streaming market. Yet, the app is able to create personalized recommendations of playlists, songs, and content for every one of these users who log on.

How? The answer lies in the data.

Big data truly is the trend nowadays, and for good reason. Spotify leverages this big data through its well-developed algorithms, which are essentially a set of rules to be executed by a computer to solve a problem. Spotify’s algorithm learns from each time a user clicks on, saves, and listens to a song. It further monitors music history, skipped songs, past playlists, and even location to recommend music and save user data. Interestingly, the algorithm also looks at how long a user listens to a song. If the person listens for more than 30 seconds, Spotify will mark this song as a liked song that will be used for future song references. Spotify can therefore recommend songs based on previous music sessions, but can also add fresh songs that are likely to match a users preferences. While it may seem bizarre that this single app is capable of holding so much data, it is precisely the mechanism that sets the app apart from other music streaming services.

There are three main algorithmic playlists that artists can be featured on: Discover Weekly, Release Radar, and Daily Mix. Discover Weekly contains songs that are custom tailored to the users listening history, as well as listening history of similar individuals. It is updated biweekly with new songs that Spotify’s algorithm predicts a user will enjoy. Release Radar contains new songs released by artists, and Daily Mix playlists are curated based on genre. Up to 6 Daily Mix playlists can show up on a user’s homepage based on different genres explored during the week. These playlists are all dynamic, changing with the songs and artists users explore each week.

As an artist, the importance of having your content land on one of these algorithmic playlists cannot be understated. They reach a massive amount of targeted listeners who are very likely to listen to the song in full, save the song, and continue sharing it through their personal playlists and audience. The result is a large amount of high-quality streams that is likely to help developing artists reach more widespread fame in the heavily fragmented and dynamic music industry. For some artists, it can be a necessary step to getting their music noticed and becoming a full-time music creator. Though streams and monthly listeners do not necessarily equate long-term fans, more streams and listeners from real people increases scope of influence an artist can get. From there, the opportunities to get placed on editorial playlists or personal user-created playlists is boundless.

The only way artists can ensure the highest chances of landing their music on these algorithmic playlists is through high user engagement and of course, a well-made and catchy song. The more users that engage with your music on Spotify, the more likely a song can be caught by the algorithm and gain a coveted spot on a Spotify playlist. Music creators can also increase overall engagement by having their song placed on a listener-curated playlist or editorial playlists, which accept music pitches through Spotify for Artists. PlaylistStreams in particular can draw on its vast resources and playlist database spanning various genres to help get artists’ songs placed on these listener-curated playlists, ensuring that the song will receive real streams from real Spotify users. With PlaylistStreams, artists are more likely to notice steady growth in monthly listeners and overall streams on Spotify and other music streaming platforms, meaning a higher chance of getting picked up by the Spotify algorithm.

If you are a music creator with songs that possesses great potential, continuously promoting your current and previous releases with PlaylistStreams and platforms such as Spotify will allow your content to reach the widest audience possible. Being placed on a popular playlist and gaining a huge increase in streams should be celebrated, but the work does not stop there, as being an artist means constant work for personal growth. With music marketing services such as the campaign plans from PlaylistStreams, any artist can gain the amount of streams within their goal range in addition to loyal listeners cross-platform.