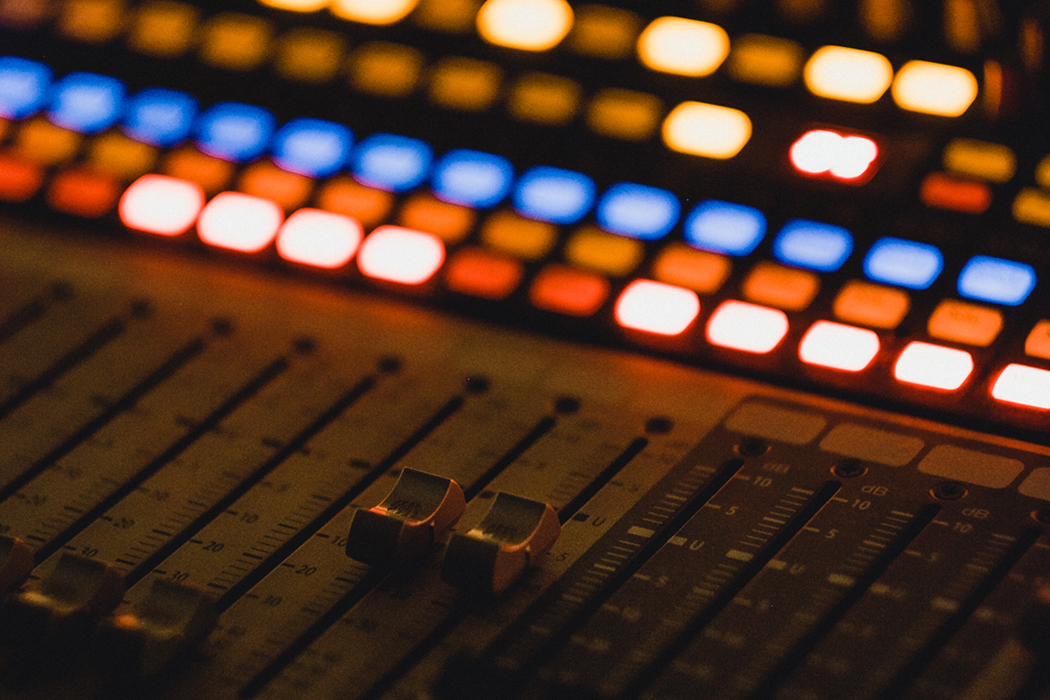 Music Mix and Master: Why Both Are Important

Any song or produced track that you may hear on the radio or on a music streaming app is the product of hours of work. Not everyone understands the level of difficulty of producing a high-quality track, as this is a niche skill only individuals in the music production industry possess. Typically, the artist works with some combination of audio engineers, DJ’s, and producers to create a track. The producer must record each element, typically consisting of some combination of instrumentals and singing/rapping, in the song separately, then combine all these sounds seamlessly into one unified track. This complex process thus culminates in a perfectly-crafted song that can be streamed and listened to by many. To delve deeper into this process, I will elaborate on two methods of music production, mixing and mastering, before reflecting on their general importance to the piece.

In sound recording, mixing is the process of combining all the different recordings of the elements into a single product. Talented audio engineers  must understand the nuances of each recording when combining them together, choosing which sounds to emphasize at which times. This aspect of mixing is called panning.

Mixing also includes panning, EQ, Effects, and Automation. Without getting too bogged down in the technicalities, EQ and Effects are ways to make layered sounds more distinct and clear to make a recording more lively and lush. These engineers and master mixers must have a well-trained ear in order to EQ all sounds so that they take up the same audio frequency, while also adding and tweaking effects to enhance the song. Because volume levels, panning, and a slew of multiple effects occur many times throughout the song, they must also be automated by the audio engineer. It is no understatement that mixing is a difficult task best left to industry professionals; Mixing involves a delicate balance of many pieces, and a badly mixed song can often sound chaotic and messy.

Music mastering, on the other hand, ensures that a song will maintain the same quality across all listening platforms. After the song is mixed properly, mastering is the next, and final step. It is done using tools such as equalization, compression, limiting, and stereo enhancement, which are all final touches to the mixed audio. Music mastering is important because it optimizes the experience of listening to music for the consumer, whether they are listening on vinyls, phone speakers, or through streaming services such as Spotify, Apple Music, and Soundcloud. In sum, mastering allows for small mistakes in sound to be removed, improving uniformity and overall quality of the audio.

The Importance of Both

It should go without saying that both mixing and mastering are extremely vital to producing a high quality audio in an artists’ song or album. As mentioned before, music mixing is important for most music styles because it brings all different components of a song together cohesively. Because audio mixing techniques and approaches vary from person to person, it also allows artists to insert their own unique touches into their music. Mastering can be thought of as the final polish on the entire production process, and is important especially because music nowadays is consumed on dozens of different platforms.

Quality mixing and mastering lends to quality audio that is capable of reaching more people. This is because a properly mixed and mastered song has a quality that is on par with major label songs, a listener is less likely to skip the song. Consequently, it is harder to correctly market and position songs that are poorly mixed and mastered. At PlaylistStreams, we understand the nuances in the music industry and want to help promote these songs that are well-made, professional, but might not be gaining the exposure they deserve. A lot of hard work goes into creating a song or album, and with our campaigns, we can help bring real listeners to artists of a variety of genres.

What is a Master Recording?

Prince oned said, “If you don’t own your masters, the master owns you.” In the music industry, the term master recording refers to the official recording of a musical performance, song, or sound that can be played back or reproduced. As the term “masters” entails, this is the version from which all copies are made. Why is the master recording so important? It is the key through which you profit off of your work, retain ownership of your music, and push your message as an artist out to the world. The manner in which master recordings are dealt with varies greatly, especially between major record labels and independent labels. A tremendous part of how successful an artist will be in this business is through their relationship with the masters recording; thus, it’s significance should not be underestimated.

An artist can profit off their master recordings through a variety of means. For one, with the ownership the masters provides them of their work, artists can reproduce and sell copies of their music directly to their fans. This includes, but is not limited to, making CDs that can be sold to an artist’s audience at their concerts. An artist can also make money from their masters by using a digital music distribution service like Ditto that can distribute the copies of the master recordings to streaming platforms like Apple Music and Spotify. Lastly, one can profit off the master recordings by signing with a record label who will aid you in the production of copies of your work and also take care of the aspect of distribution to your audience.

Clearly, owning your own master recording opens a gateway of possibilities on how to profit off your work as the legal rights to your work would be yours in this scenario. The majority of the revenue from your work will be yours to keep. Additionally, this type of unilateral ownership of your work would allow you to license other institutions to use your music for advertisements, TV shows, and much more. The issue is that more often than not, this sole ownership of music does not exist in the industry.

Who Owns the Master Recording?

Is it the artist, the producer, the record label, the recording studio, the sound engineer, or someone else? The answer is a complicated one and before we uncover this information, it is important to understand why the simple misconception of an artist maintaining all their recording’s rights is rarely the case. The individuals who work on an artist’s work such as a producer and sound engineer may also have some ownership of the master recordings and this split ultimately comes down to the contract between these parties and the artist. Besides sharing ownership, artists may also have to give up their rights to their master recordings altogether depending on the record label they have signed with to complete and distribute their music. As seen in these two cases, unilateral ownership is difficult to sustain in this day and age where additional parties are involved to enhance the quality and distribution of an artist’s work.

Instances where artists completely relinquish the rights to their master recording are most prevalent for new artists who need the financial assistance, service promotions, and distribution bandwidth of a record label company. At the beginning of the careers of artists with such needs, deals are made with the condition that the artist will sign over their masters to the record label until a certain amount of revenue is achieved or a specific amount of years have passed. During the time until either of these two conditionalities is met, there is a mutual understanding that the record label can use the newly obtained master recording for whatever purpose they deem fit and the label does not need to obtain permission from the artist for said usage. Thus, these master recordings can now be licensed out for TV shows, movies, commercials, sports events, and much more. The money that the record label makes from the usage of the master recording then is shared between the label and artist in the manner that was agreed upon in their original contractual agreement.

The way this revenue is shared depends upon if an artist is signed with a major record label company versus an independent record label. In the case of larger record label companies, artists typically lose all rights to their master recordings for a set period of time because of the sheer amount of financial and distribution-related resources the label provides in return. In contrast, independent record label companies typically allow artists to sustain their master recording rights and take other forms of payment as compensation such as a portion of the revenue from streaming. Though this may seem better, one should also keep in mind that these indie record labels may not have the ability to deliver your music to the audience to the extent that a major record label would be capable of doing.

There is no doubt that there is a myriad of benefits from owning your master recording rights. But what are the ways in which an artist can do so in the current climate of the music industry? For one, they can pay recording studios to record their music as opposed to labels and even try to record at a home studio. Nowadays, recording a premier quality album can reach expenses as high as six figures. Due to these growing expenses, artists sometimes see no alternative but to give up their rights to a record label with expansive resources. However, turning to studios with lower rates and home studios may result in just as great of a final musical product at a much lower aggregate cost. In addition to the lower cost, you are also able to sustain ownership.

Regardless of which route you take, all artists should always have written agreements from the onset which make it clear who owns how much of the master recordings. This will help artists prove that they retained ownership of their work no matter which parties come into the picture, even if they are newer ones that bought out the rights of the original party. Master recordings are a crucial part of an artist’s journey and alternatives such as sharing revenue from streaming could be the difference between you maintaining your masters and a record label holding onto them. At Playlist Streams, we use organic methods to boost your streams and ultimately your revenue from your music on platforms like Spotify, YouTube, and many more. This additional streaming revenue that we can provide you can help you negotiate with other parties about sharing this income rather than master recording rights. It may seem hard to believe, but the master recordings can very well dictate the course of even the most popular recording artists.